Doug went on vacation, I mean tour, for most of the month of June. Why do I sound so snarky, calling it a vacation? Because when you get to go away somewhere and have more fun and a more relaxing time than you would if you'd stayed home and you make less money than you would have if you'd stayed home, well that sounds awfully vacation-like, doesn't it? I'm also feeling snarky because his vacation caused me to have to turn down 4 months of work for reasons I won't go into again. This was the month that gig would have started. So that's even less money. We're broke so money matters.

Before he left he spent a few days putting the window and baseboard trim up in our bedroom, probably hoping that I would immediately blog about it, telling the world how awesome he is. No such luck, bucko! I needed a little time to simmer down and recover from my bitterness. It does look awesome though. 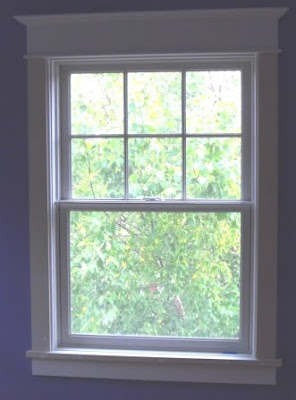 I might have spent the month of June putting the topcoat on his lovely handiwork so that we could finally move into our real bedroom after four months in this place, but since he didn't put on the shoe moulding yet, it's not finished and I'm not going to paint it until it's all ready to be painted. It won't look right if the painting is done in stages. Sorry. 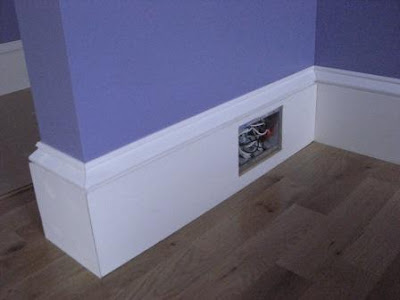 It really is beautiful. It's frustrating for me to look at it because it's so close, yet so far from being finished.
So instead of painting the trim in our bedroom for the month Doug was away, I painted a couple of large rooms in my parents' house instead. That was very rewarding because it looks good and more importantly the job was started and finished within three weeks. That made me feel really good.